The Boulder music community was indeed fortunate when Deborah Marshall moved here in 2010 to live with her husband, writer and librettist, Douglas Penick. She quickly became an active and valued member of the Front Range classical music community both as a performer and teacher of the clarinet. She has played regularly with the Intermezzo Chamber Players Denver, the Denver Eclectic Concerts and Off the Hook in Fort Collins. Her students have benefited from her extensive performing and teaching experience as well as her patience and unfailing humor.

Deborah was born in Cameron, Missouri and received her undergraduate degree at Kansas State before traveling to Germany on a Rotary Fellowship. There she received an advanced degree from the Hochschule fuer Musik in Munich. Her primary teachers include Thomas J. Price, Frank Sidorfsky, Gerd Starke and Eduard Brunner. She soon came to play an important role in Munich’s music world.

She was appointed to teaching positions at both the Hochschule and the Richard Strauss Conservatory, where she later served as professor for clarinet and chamber music and head of the woodwind department.

Ms. Marshall also performed with the Kasematten Gruppe Dresden, Pierrot Ensemble Bremen, Xsemble Munich, Ensemble fuer Neue Musik Munich, Seefelder Kammersolisten, and played with Peter Serkin, Yo Yo Ma, Emmanuel Ax and others. She has appeared as a soloist with numerous orchestras in Germany and Russia and at festivals throughout Europe. She has recorded for broadcasting corporations in Germany, Austria, Switzerland and Russia, as well as having recorded nine CDs.

Deborah Marshall’s playing has been known throughout Europe for its expressiveness, virtuosity and beauty of tone. Accordingly, she has been sought after as a soloist, chamber and orchestral player in both the classical and modern repertoire. The late composer, Hans Werner Henze, referred to her as “my clarinetist.”

“The chamber music repertoire has so much great music. Playing these wonderful pieces builds further skills, sensitivity and camaraderie for the players. At the same time, it provides something special for the audience. Classical music develops a kind of inwardness and emotional intelligence in all of us. Live performance of even the most well-known piece makes it a fresh experience every time.
“I was fortunate to play with so many insightful and deeply committed musicians. So, it’s a privilege to be able to take what I learned in Europe and to be part of making that tradition come to life here.” 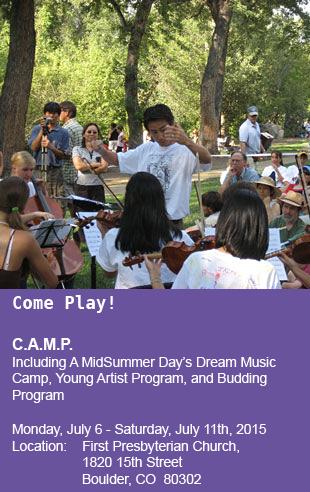